Just recently we took a camping trip to the Nation’s Capitol, Canberra. We left Adelaide for our first destination, Tooleybuc, NSW.

Tooleybuc is a town in the western Riverina district of New South Wales, Australia and is located on the Mallee Highway, 478 kilometres from Adelaide. The town is situated on the banks of the Murray River across from Piangil in the neighbouring state of Victoria, and has a population of around 200 people. Tooleybuc’s historic bridge that spans the Murray River, was designed to rise to allow Paddle Steamers through was built in the early 1900s.
Our next destination was Bright, Victoria , a trip of nearly 450 k’s. We spent two days discovering the township and surrounding areas. The area was first explored in 1824 by Hamilton Hume and William Hovell. The town was first called Morse’s Creek but was renamed Bright in 1861.
Bright has a population of just over 2,000 which swells quite dramatically during the summer months and in autumn the town is host to many visitors as it hosts the Bright Autumn Festival. The town is close to the Victorian Alps, and various alpine national parks including the Mount Buffalo National Park. 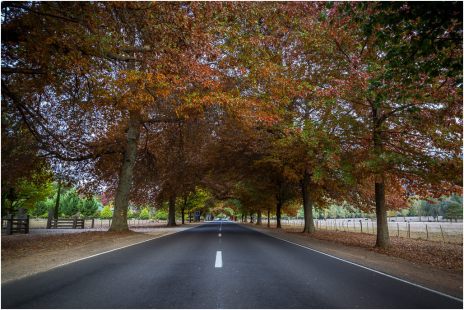 The amazing Autumnal colours at the entrance to Bright, Vic.

There are many fire damaged trees in this area 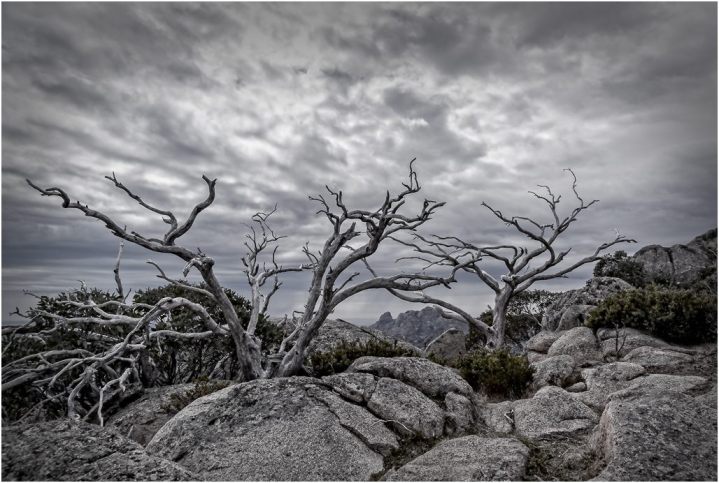 Trees that have been killed by bushfire damage

After a relatively short ‘leg’ of 255 k’s, we arrived at the NSW town of Tumbarumba, affectionately known as ‘Tumba’ by the locals. The town is located at the western edge of the Snowy Mountains and has a population of around 1500. Tumbarumba was first established in the late 1850s after the discovery of gold in the district. After the finish of the Gold Mining in around 1930s, the community turned to Agriculture and Tourism and also supports a thriving Timber Industry.

After a short drive of around 250k, we reached Canberra, A.C.T. where we traded the ‘tent’ for the comfort of the Aria Hotel for our stay of 3 nights. We spent most of the time visiting the many Galleries and Exhibitions, The National Arboretum and some of the fine restaurants in the city. 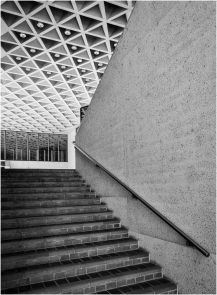 A shot of the exterior of the National Gallery, Canberra

We decided to take a different route on the way back to our home State of South Australia, this time we went down the Eastern side of the Snowy Mountains to Jindabyne, a short trip of just under 200k. Jindabyne is situated in southeast NSW and overlooks the very picturesque Lake Jindabyne. It is a popular holiday destination, especially in winter, due to its proximity to several ski resorts throughout the Kosciuszko National Park, including Thredbo and Perisher. The town was shifted to its present location in the 1960s because of the construction of Jindabyne Dam on the Snowy River as part of the Snowy Mountains Scheme. The town’s name is derived from an aboriginal word meaning ‘valley’. 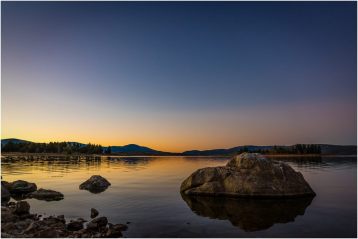 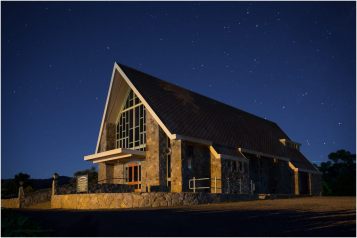 A night shot of St. Columbkille in Jindabyne

We then headed to our next destination, Tocumwal, NSW, 410k to the East. The town is situated on the Murray River near the Victorian border and has a population of around 1900. The main road route to Brisbane, The Newell Highway begins in Tocumwal. The area around Tocumwal was inhabited by the Ulupna and Bangerang Aborigines prior to European settlement in the 1840s. The town was established in the early 1860s and was an important customs point for goods crossing between the then colonies of Victoria and New South Wales.

Another view of the Falls

Our last 2 nights of camping were at Halls Gap, Victoria, a trip of about 400k. The town is located near the Grampians National Park, in the Fyans Valley at the foot of the Wonderland and Mount William ranges and has a population of around 600. Its chief industry is tourism, due to its location in the Grampians National Park. Brambuk, Australia’s longest running Aboriginal cultural centre is located in the town.

The map of the journey to Canberra, over 1400k from SA through Victoria, NSW and in to the ACT

The route that we took, over 1400k from Canberra, ACT, through NSW, Victoria and on to home, SA