Guten tag from Berlin
We arrived, with the assistance of ‘Hilda’ in Berlin on the 2ndAugust, she has now gone into the repair shop to be re-programmed due to two recalcitrant Australians who failed to follow orders ‘exactly’ as they were given. 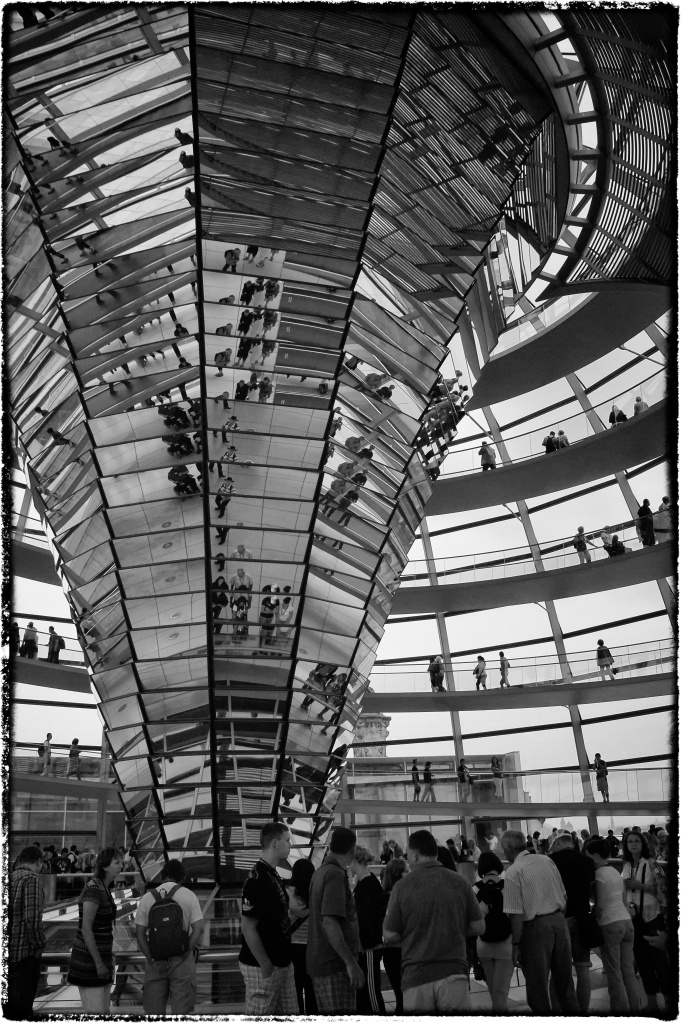 Berlin is a huge vibrant city with so much to see and do; we gave it our best shot in the 5 days we spent there.  There is so much history and information presented everywhere you visit re Nazism and its effect on ‘minority’ groups, WW2, how Berlin was split up post war, communism and reunification. Everywhere you go there is something to read and learn about. On our first days we visited the Reishstag Building, the Brandenburg Gate, Checkpoint Charlie, the Berlin Gugenheim, the monument to the Jewish people, Berlin Cathedral and a remaining part of the ‘wall’/museum on Wilhelmstaße.

It was very detailed and covered the subject extremely well in a series of historical photos and descriptions in German and English.  In the mid 1930’s the SS and the Secret State Police were housed in the buildings 98-107 Wihelmstraße, the site of the museum.  A grand building was planned to house the Gestapo on the sight but this was never realised.  The buildings were destroyed during the war and all that remains are some foundations at the corner of the block.

The Jewish Museum in Berlin is very comprehensive and covers two millennia of Jewish/German relations. The museum is made up of two buildings, one old and the second new, the newer part was one of the first buildings completed after re-unification and was opened in 2001. The new part is in an amazing building, designed by Daniel Libeskind and is reminiscent of a warped Star of David, with irregular shaped windows ‘slashed’ into the walls.

The next day we spent a lot of time continuing to look at the sights and finally ended up at an open-air market at Alexander Platz.

We had 5 day passes for the underground which made getting around easy and we didn’t have to follow directions, just get on the train heading in the right direction, which we managed most of the time. We visited Potsdamer Platz to buy tickets to see the ‘Blue Man Group’. (It was a great concert, and it was good to finally see this group live, and not on YouTube) Potsdamer Platz has been completely re-developed after being destroyed during WW2 and then left desolate during the Cold War era. Before reunification the Wall ran through the middle.

(Hover your mouse over pictures for titles)

Our last day in Berlin was spent with B getting her hair coloured and cut, while I did more photography in the morning, and then shopping expedition and more sight seeing in the afternoon.